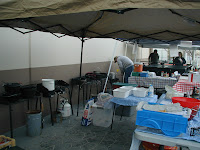 Yes, it was later in the year, but the weather bore record of Klondike cook off competitions of the past. The sun threatened to come out and warm the place up, but that notion quickly disappeared with the return of the clouds. The competitors lined up for a light-hearted cook’s meeting to receive last minute instructions. There was a title at stake, not to mention the great prizes provided by Sportsman’s Warehouse and others.

I spent time walking down memory lane to years past when the Klondike had its beginnings. That first year, 2002, dawned cold and cloudy. Somebody called the weatherman and reported 9 degrees. I spilled water on the sidewalk and it immediately froze.

It wasn’t quite that cold this year, about 47 degrees, but it was cold enough to need the hot chocolate and soup provided by the IDOS cook off liaison, Ranes Carter. He was a hero in the event this year, because I, the creator of the cook off, had commitments and couldn’t do it this year. 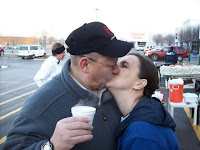 Ranes found a substitute in Damon Faust and his wife. They stepped up to the plate and did a fabulous job.

After the meeting, the cooks were turned loose to start their fires and prepare their food. Wonderful aromas soon wafted in every direction making mouth’s water inside and outside of the store.

In 2001 when I approached Blaine Murray the manager at that time, I tried to explain the challenge involved in a cold weather cook off. He said, “I can donate a Dutch oven for a prize if you will come in an fill out the paperwork.” I said, “You don’t understand, I want to do it in front of your store.”

He saw the value of an event in front of his store, bringing customers into his store. Since then, Sportsman’s warehouses all over, have been great friends of Dutch oven cooking.

Eric, the current manager, is committed to making the Klondike event great and he is a good friend of Dutch oven cooking.

The cooks this year provided wonderful taste treats. It was honestly hard for the judges to decide. In the end, first place was awarded to Terry and Stuart Lewis of 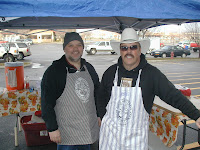 Terry, by the way, is a former world champion. He has come back into competition after a long absence and many of us are looking forward to his winning a second time at the Worlds Championships.

Here are some pictures of the winners and their dishes. Next week, I will continue this article, post some of the recipes and talk more about all the competitors. 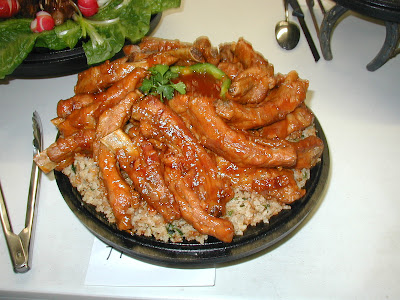 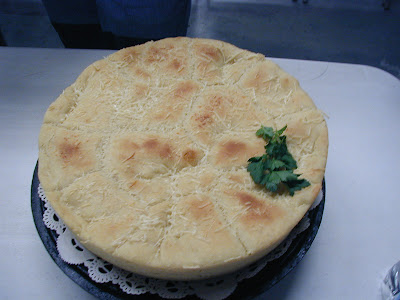 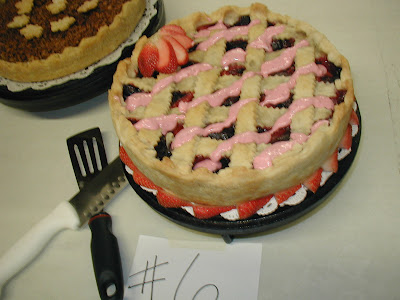 We even had 7 year old, Melissa Knowles competing with, James, her father. James had an accident eith a knife but Mellissa had fun. you can bet she will be back. 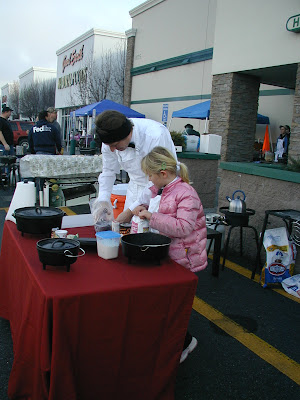 YourLDSneighborhood has added exciting new things to its website. Please drop by and take a look, browse around, check out our vendors, our radio station, our authors, our musicians and more. Check out the Neighborhood.

And while you're there, subscribe to the yourLDSneighborhood Newsletter. In addition to being able to shop in the new virtual neighborhood, the newsletter brings you articles, products, services, resources and interviews from around the world-all with an LDS focus. Look for issues delivered to your email inbox every week on Monday, Wednesday and Friday.